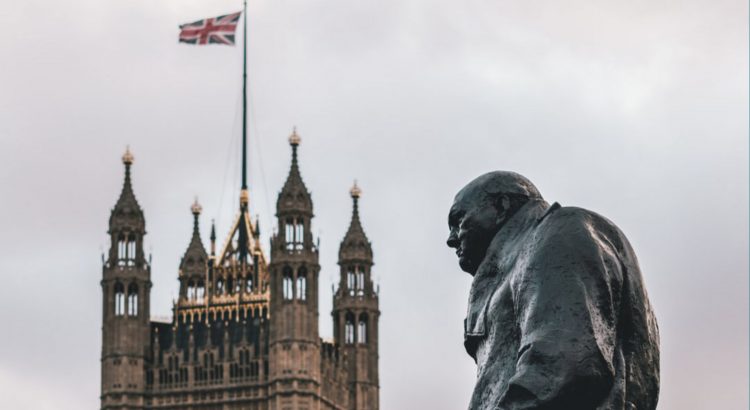 There is a reason why the phrase, “Keep Calm and Carry On” has sold a billion tea towels around the world. It’s one of those phrases that has the rare ability to call for dignity and normalcy in the midst of chaos.

During the Battle of Britain, Nazi bombers began a civilian bombing campaign designed to cripple not only the seat of political power in London, but also destabilize the psyche of the British people. The hope was to cause Britains to scorn their government, develop an individualistic and survivalist mentality and to sow disunity, incivility and discontent in the people’s hearts.

What transpired over the next 56 days of continued fire bombing could not have landed further afield of that intention. Rather than a mass social chaos, the people of England banded together like never before in what came to be known as the Blitz Spirit.

An American who witnessed the raids first hand stated, “By every test and measure I am able to apply, these people are staunch to the bone and won’t quit … the British are stronger and in a better position than they were at its beginning”.

In a massive civilian mobilization, people began to sacrifice their own well-being and safety for the care and survival of others. Relatives and friends in the country took in children from the cities. Food was not hoarded, but rather rationed and shared. Fire brigades fought blazes every night and rushed into burning buildings to rescue the injured. Even the British lexicon added new phrases to downplay the terror and liken it to the weather with sayings like, “Today was a little less Blitzy than yesterday.”

Here’s the point. A person or society, is rarely measured by how they maintain in the good times. Rather, it is how they choose to live in the midst of the most dire of times that defines them.

Over the last couple of months global societies have endured a modern day viral Blitz of sorts. Concern has in many cases given way to panic. While some might be forecasting an apocalypse, what I sense is an incredible opportunity. Because this is the thing with crises, all of them have a weakness that can be exploited for the greater good.

It was said of the Civil War General Ulysses S. Grant that what made him incredible in battle was not that he knew how to counter a foes greatest strength, but rather that he was a savant when it came to exploiting their weaknesses. What destroys a foe is rarely an assault to their front, but rather an attack on their flank.

The societal flank of Covid-19 are sacrifice, generosity and concern. It is here, on these fronts where the real battle is being fought. Yes, viruses are often a matter of life or death, but they also war for our humanity.

While this might be counter-intuitive, could it be that Covid-19 is the exact enemy this society needs? Perhaps this is a devilish looking blessing in disguise which offers us the opportunity to heal the growing fracture in our civil discourse?

The discord I speak of has been growing for decades. It is a discord bred from the poultice of self consumption, electronic distraction and political disdain so often displayed in the realm of social media.

Maybe, just maybe this Covid-19 is our chance to regain our soul, to care less about ourselves and more about others no matter who they are or what they believe, a time to truly love our neighbor.

But it is also an opportunity for a renaissance of our own souls. Will we bow to the clamour of panic and fear or will we define ourselves as one of those rare individuals who waits for these moments to rise up and become fully human? Perhaps this is our last chance to become those people who are not defined in the ghetto of squalor called fear but instead define greatness of character by the way we live during a Blitz.