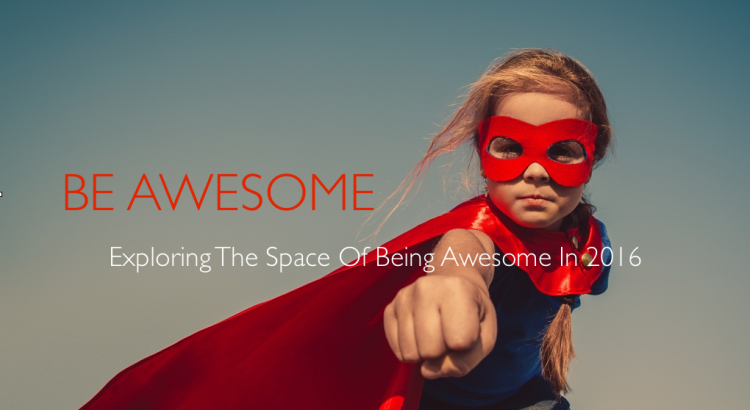 Bat utility belt? Check! Cape? Check! Gray tights and bat mask? Double check!
I was close to eight when my parents got me the full batman costume. It was not like today’s flimsy outfits whose inferior quality regularly reminds you that you are anything but transcendent. No, this was circa 1970s American made livery. It had the weight and texture of a Roman centurion’s tunic. More importantly, it had soul. The moment you put it on, imagination became reality, mortality became superhuman and the world that is was transformed into the world that could be. It was awesome, but more importantly, you had become awesome!
There’s nothing quite like the magic of being a child. Here in the shadowlands between birth and reclamation by earth and way before you had to figure out what your purpose was, you could busy yourself in just being the awesome and fascinated you.
Childlike awesomeness is nothing like the adult version. Adult awesomeness lacks the ability to separate itself from comparison. Its value is often tethered to an emotional algorithm of me vs. them. It repeatedly asks, “Am I more awesome then they?” Nothing about this question is awesome. It’s a question asked from a platform of insecurity.
Adult awesomeness also fails at being able to run around the backyard for an hour by yourself dressed like Batman or Super Girl and fully entranced in the wonder of living beyond the margins of reality.
Adult awesomeness continually pings you with thoughts of your own meaninglessness, worthlessness and a host of other “nesses” that scream, Wake up, you dreamer, and get back to your treadmill of fear worry, guilt and concern. Stop this whimsy!”
Adult awesomeness fails to live in the grandeur of its prefix “Awe”. Awe, the ancient Nordic word whose root means something akin to running into battle against a stone dragon yelling “Aarghhh!”
Awe is so awesome that it is practically indescribable. It is a poultice of wonder, beauty, hope, power, love and imagination so blended together that each of its individual components has been lost to an even higher manifestation.
Awe is experienced by the newborn baby’s unfused brain that cannot discern the difference between taste, sight, touch, smell or feel, but rather harvest them in one dynamic and awesome sensation.
I believe living in awe is not only part of the human experience, but core to its fulfillment. Today’s world peddles a cheap form of awe. Awe in the form of fame, money, power, sexual experience or distraction beg you to accept the minimal returns that they offer and call them awe.
I believe that God has more for you than that. God offers you the whole of life and asks you to dive in deeply and experience it all in one passionate non-discernable experience that is better known as abundant life. He calls you to live a life of transcendence rather that one which is transactional. He is inviting you into the awe-filled and awesome life.
For the last few days of 2015, I want to take a journey with you to explore the space of what it means to be awesome. No, this is not a trek into self-aggrandizement; that’s what Facebook is for. Rather, this is an exploration into learning how to radically experience life and all that God’s creative world has on offer. It is a chance to reclaim our wonder, our hopes, our joy. More importantly it is a time to come a bit closer to the God who looks at you and thinks, Wow! How absolutely awesome is this child of mine!
Check out other books by Adam Stadtmiller